Leigh-Anne is a pharmacist with several years’ experience in primary care in the UK. After completing her PhD in neuropharmacology in 2003, Leigh-Anne joined the British National Formulary (BNF) as a staff editor. Over the years she worked her way up through the ranks, eventually being promoted to the executive team of the BNF’s parent company, Pharmaceutical Press. Leigh-Anne loves being out of doors, and is a keen cyclist, climber, skier, and picnic-er. 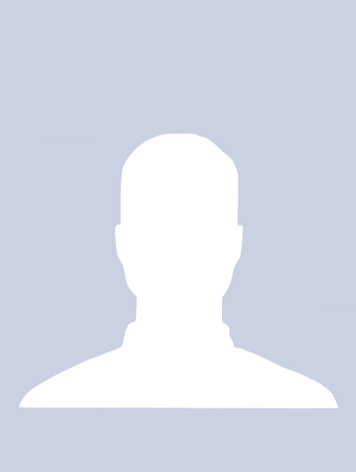 Alya is an experienced marketer, journalist, advertising executive, operations manager and award winning copywriter. Leading many iconic advertising campaigns in the FMCG, finance, retail and not for profit sectors, Alya enjoys building brands and combining creativity with business sense. Alya has several years’ experience in managing business operations in the retail sector and specialises in growing teams. Alya completed her Masters in Advertising & Communications degree at RMIT University in 2004, and enjoys working and collaborating with innovative and high achieving people. When not focused on her career, Alya enjoys yoga, skiing, hiking and studying Sanskrit and ancient 5000 year old Vedic scriptures. 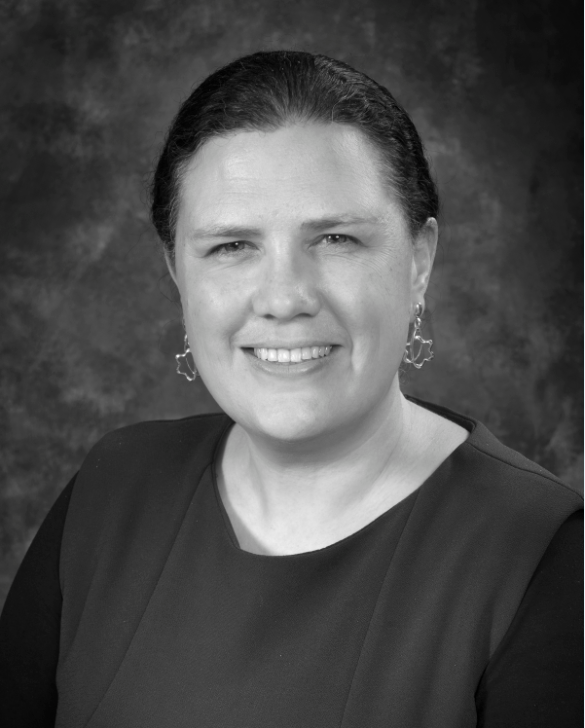 Leanne joined TGL in 2018 as Company Secretary and has a background in providing governance advice and high-level secretariat support to boards in the not-for-profit and public sectors. She holds a range of business and governance qualifications including a Master of Public Policy and Management, Master of Diplomacy and Trade and Master of Business Administration and is an Associate Member of the Governance Institute of Australia. Outside of work she engages in photography and videography and indulges her passion for gardening.

Susan Daskalakis joined TGL as an editor in 2009. She has a background in pharmacy, with a particular interest in neurology, pain management and aged care. Susan has worked in major teaching hospitals in Melbourne and the UK, and also works in community pharmacy.

Mina is a pharmacist and has experience in management, professional services, and pharmaceutical compounding. In his spare time Mina enjoys keeping active, all things cars, as well as learning about new and interesting technologies.

Melanie Rosella joined TGL as an editor in 2008. She has qualifications in pharmacy and public health, and has a particular interest in translating evidence into point-of-care information for clinicians. In her time at TGL, Melanie has worked on many guidelines, including Antibiotic, Dermatology, Oral and Dental, Psychotropic and Rheumatology. In her spare time, Melanie enjoys catching up with friends for coffee and spending time with her little boy. 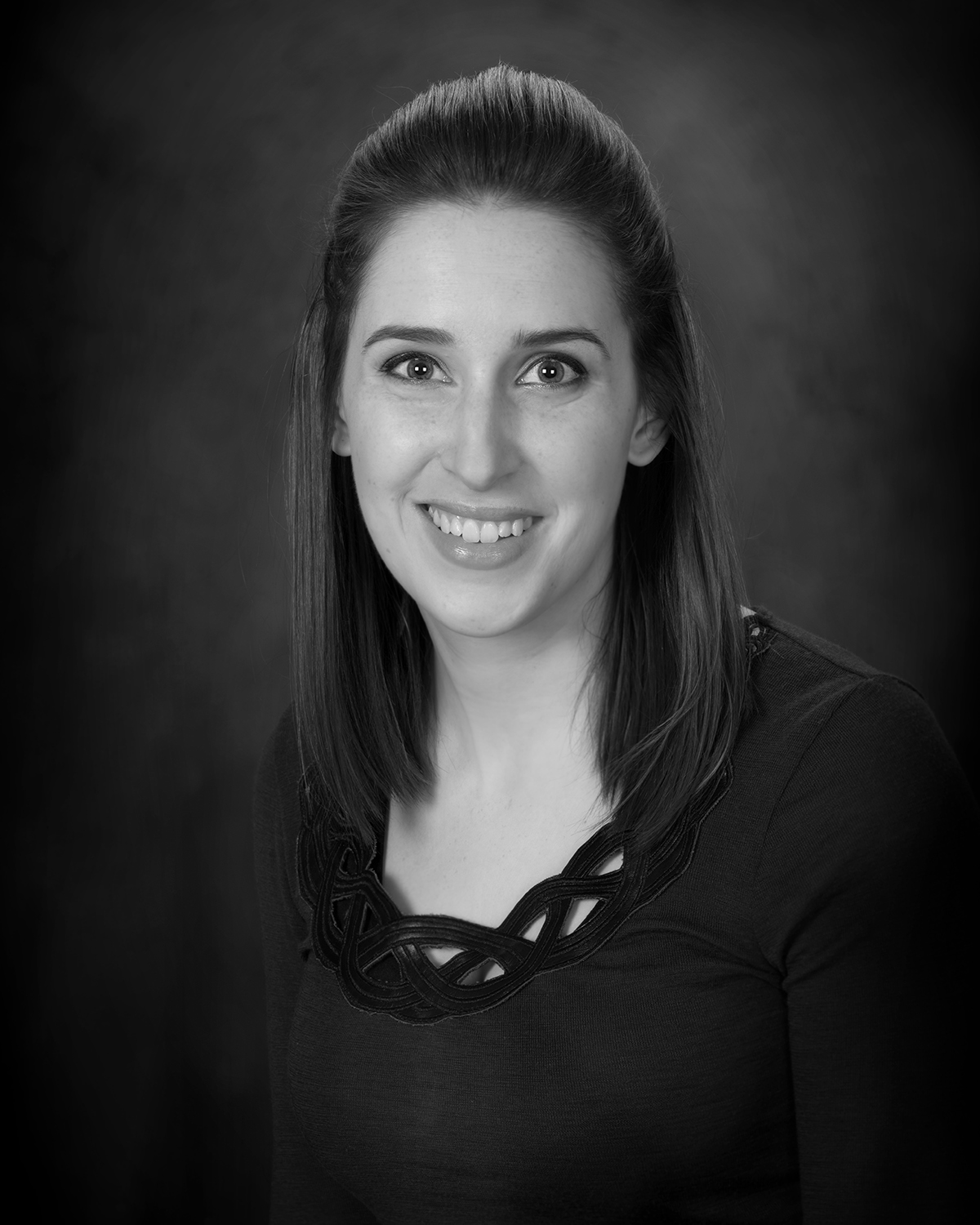 Jess first joined Therapeutic Guidelines as an editor in 2013 after working for many years as a clinical pharmacist. After a brief return to clinical pharmacy, she rejoined the editorial team in 2016. Jess has qualifications in pharmacy and public health. She is a lover of cookbooks and a keen amateur runner.

Dr Heath Kelly is a public health physician/medical epidemiologist with 30 years’ experience, including 10 years clinical experience in paediatrics, regional general practice, regional public health and community health. He has honorary academic appointments as Associate Professor in the School of Population and Global Health at the University of Melbourne and as Adjunct Professor at the National Centre for Epidemiology and Population Health at the Australian National University. He comes to Therapeutic Guidelines after almost 20 years as the Head of Epidemiology at the Victorian Infectious Diseases Reference Laboratory, now part of the Doherty Institute for Infection and Immunity in Melbourne. Dr Kelly is an author of more than 240 peer-reviewed publications. 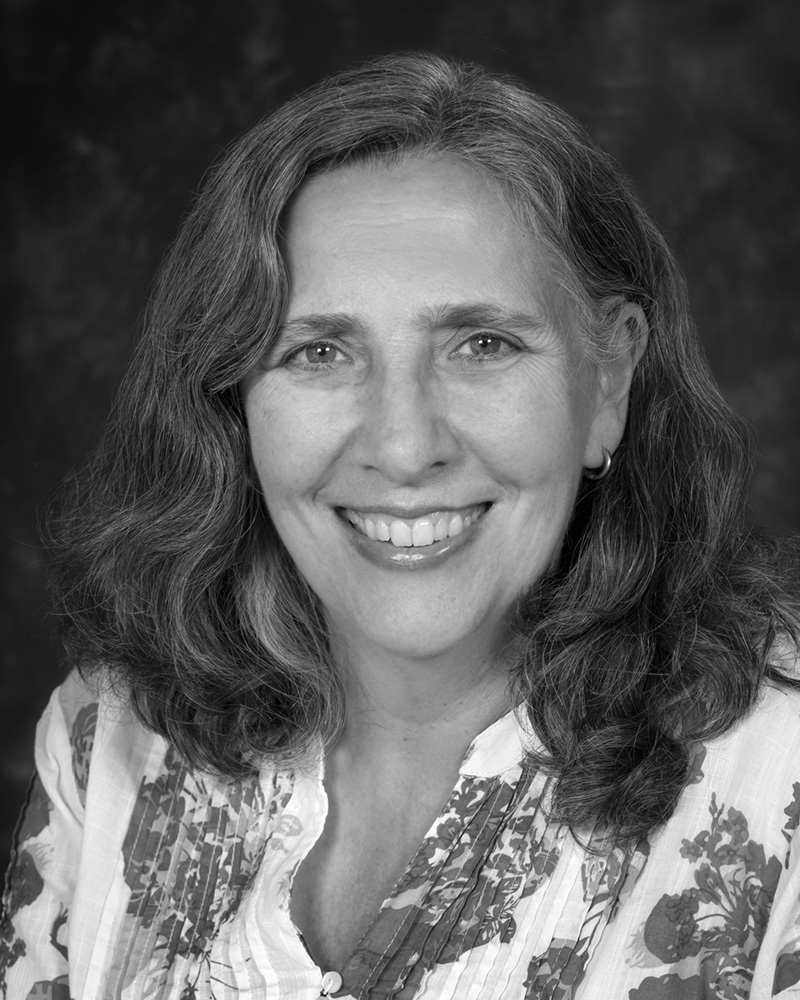 Carol Norquay was lured to Australia from the UK in 1998 to assist with development of eTG complete. As an editor, Carol has worked with expert groups to update topics in Psychotropic, Neurology and Respiratory titles. Prior to working at TGL, Carol was the Production Editor at the Drug and Therapeutics Bulletin in London. She has a BSc in pharmacology from the University of Edinburgh and an MA in publishing and editing from the University of Melbourne.

After being on the expert writing group for 3 editions of Therapeutic Guidelines: Psychotropic, Jo Allardice joined TGL as an editor in 2008. She has a background in pharmacy and leapt at the chance to promote quality use of medicines and patient-centred care while indulging her love of words. In 2019, Jo hopes to continue to contribute to TGL while working a shorter week as an Assistant Editor. 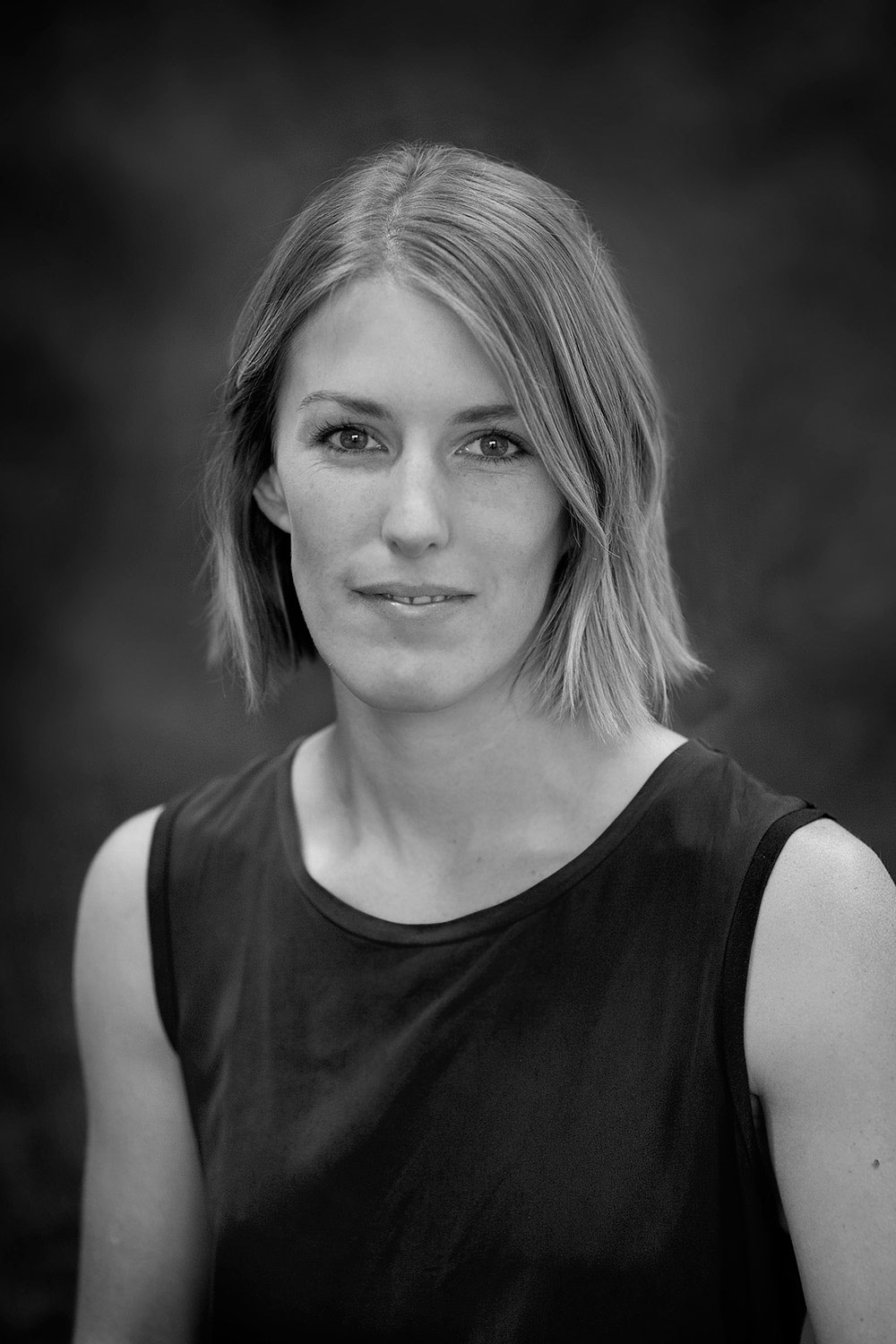 Jane O’Connor joined TGL as an editor in 2016. She has a background in both industry and community pharmacy and has also previously worked as a medical education writer.

Jo was a clinical nurse specialist before requalifying as a health sciences librarian. During her studies Jo’s interest in writing and editing grew, and she has since completed a diploma and a masters degree that incorporates publishing. Jo also co-edited a small journal for health librarians from 2008 to 2016.

Michelle joined TGL in 2015, keen to contribute to the development of the Therapeutic Guidelines after being an avid user for many years. Prior to joining TGL she was a Team Leader for the eHealth & Decision Support program at NPS MedicineWise. Her other roles include working as a hospital pharmacist, undertaking research, developing software and teaching pharmacy students in Fiji. Michelle has qualifications in pharmacy and public health, and has published numerous papers on e-health and clinical decision support. Outside of work she enjoys exploring the Australian outback, bushwalking and tending to her vegetable patch.

Jacinta Walker joined TGL in 2017 in the role of Digital Production Coordinator.  She has previously worked at a leading web development agency and major insurance company in similar digital ninja-type roles.  When she’s not at work, she volunteers her time with the Rotary Club of Melbourne Park and previously served as Club President. 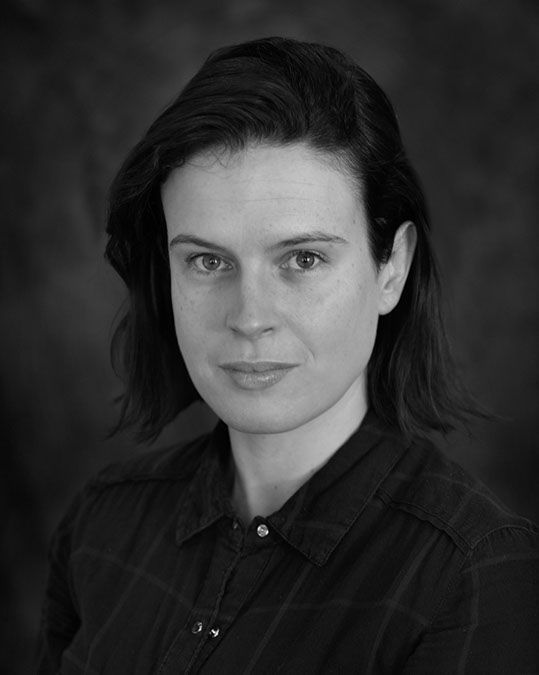 Lisa Waddell joined TGL as an editor in 2017. She has worked as a clinical pharmacist in private and public hospitals in Tasmania, Victoria and Queensland. Lisa is currently completing a post graduate degree in clinical pharmacy. When she’s not editing or studying, Lisa keeps active outdoors and hopes to get a dog.

Loretta Dalla-Valle has worked at TGL since its beginnings. Her duties involve customer service, processing of orders, administration, and tending to board and expert writing group meetings. She thoroughly enjoys her work at TGL and finds the staff warm and friendly. Her other passions in life are painting and decorating, camping, socialising, and relaxing at home with her beautiful family.

Jess started working at TGL in 2011 full-time whilst completing her traineeship in Certificate IV in Business Administration. Jess assists with reception, administration, phone enquiries, orders and deliveries. In her spare time, she enjoys playing soccer with her nieces and nephews as well as painting and shopping. 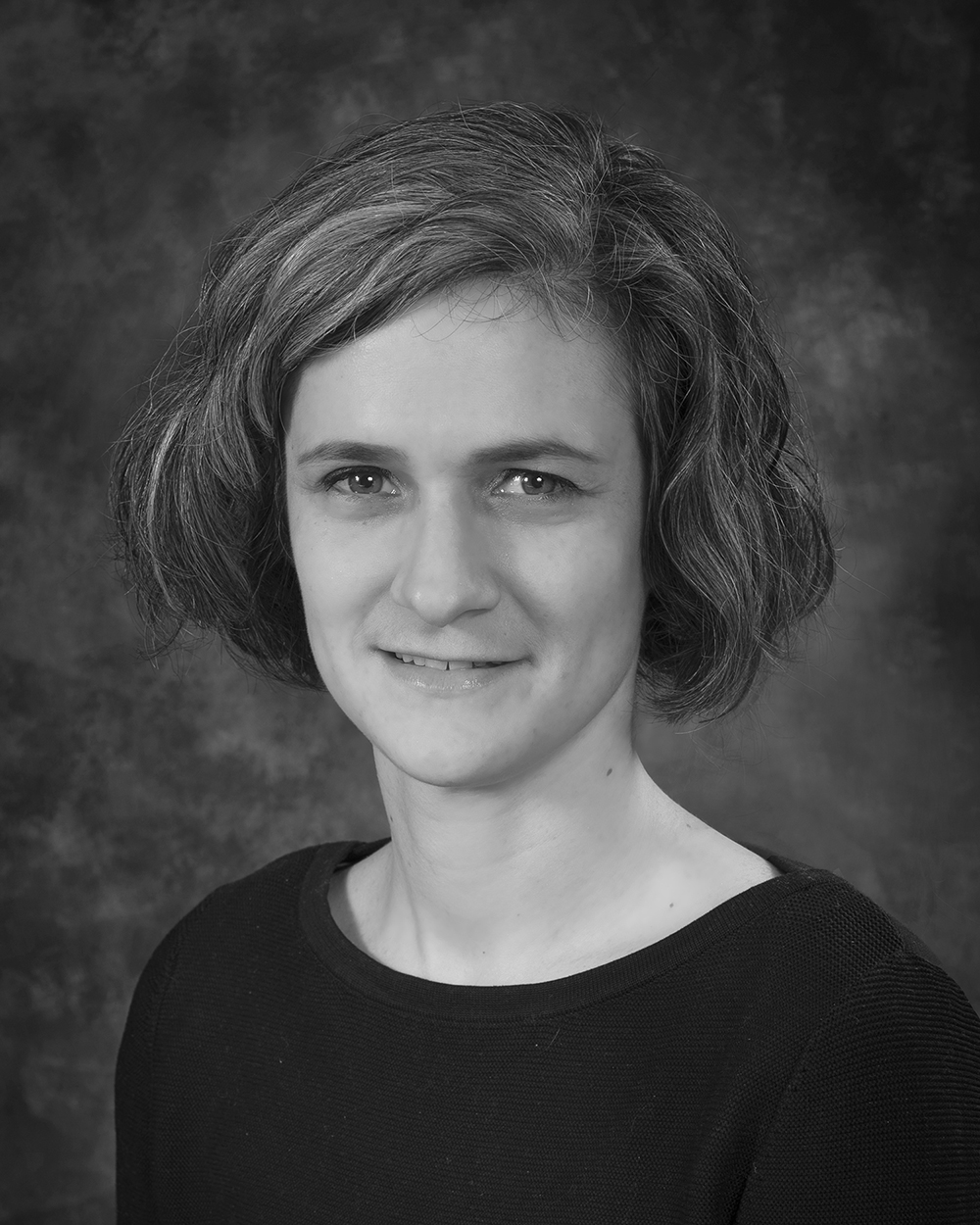 Hazel Moore joined Therapeutic Guidelines as an Editor in 2018, which combined her two passions for writing and healthcare. Before joining TGL, Hazel worked for eight years as a clinical pharmacist in various hospitals in Melbourne, and as a community pharmacist in Bendigo. She has experience in IVF, geriatric care, and cardiology and neurology. Hazel has a Bachelor of Pharmacy from Monash University, and a post-graduate diploma in clinical pharmacy from the University of Tasmania. In her spare time, Hazel cycles the hills of Eltham and beyond, and enjoys reading and attending arts, music and cultural events. 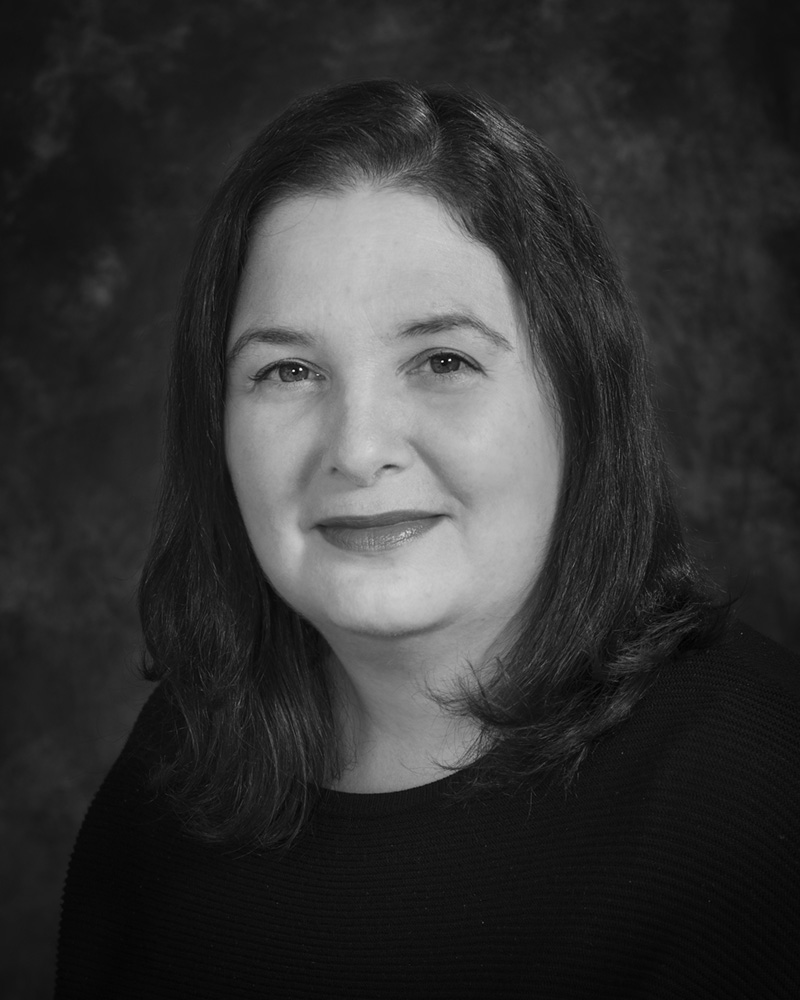 Erin joined TGL as an Assistant Editor in 2018. She has a Bachelor of Health Science and worked for many years in hospitals and private specialist rooms. She has a background as an editor of scientific, technical and medical journals. In her spare time, Erin enjoys reading, other people’s cooking, live music, and pondering the mysteries of the universe. 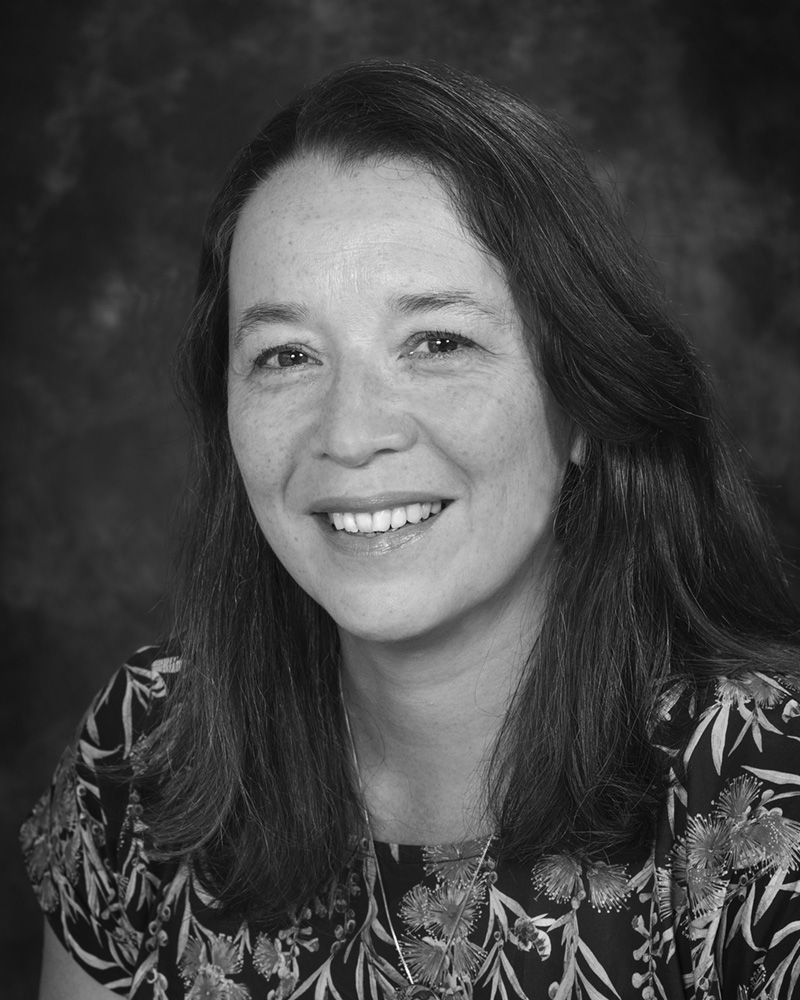 Venita is a doctor with over 20 years’ experience and worked as a staff specialist in Emergency Medicine at St Vincent’s Hospital, Melbourne, for ten years. She retrained in professional writing and editing at RMIT University, graduating in 2016. With an interest in Toxicology, she joined TGL in August 2018 as editor on the Toxicology & Toxinology guidelines. She also loves writing fiction and music reviews, going to the football, and hanging out with her family, friends and greyhound.

Rob was for many years the Head of a General Medical Unit and the Director of Clinical Pharmacology and Therapeutics at the Royal Melbourne Hospital, as well as the Dean of the Royal Melbourne and Western Hospitals Clinical School of the University of Melbourne. More recently he has been the Professor of Medicine and then acting Dean of the Fiji School of Medicine, from which he has now retired as Emeritus Professor. Rob has been actively involved with TGL ever since it first began, including being the Chairman of many writing committees and the first Chairman of the Board of Directors. 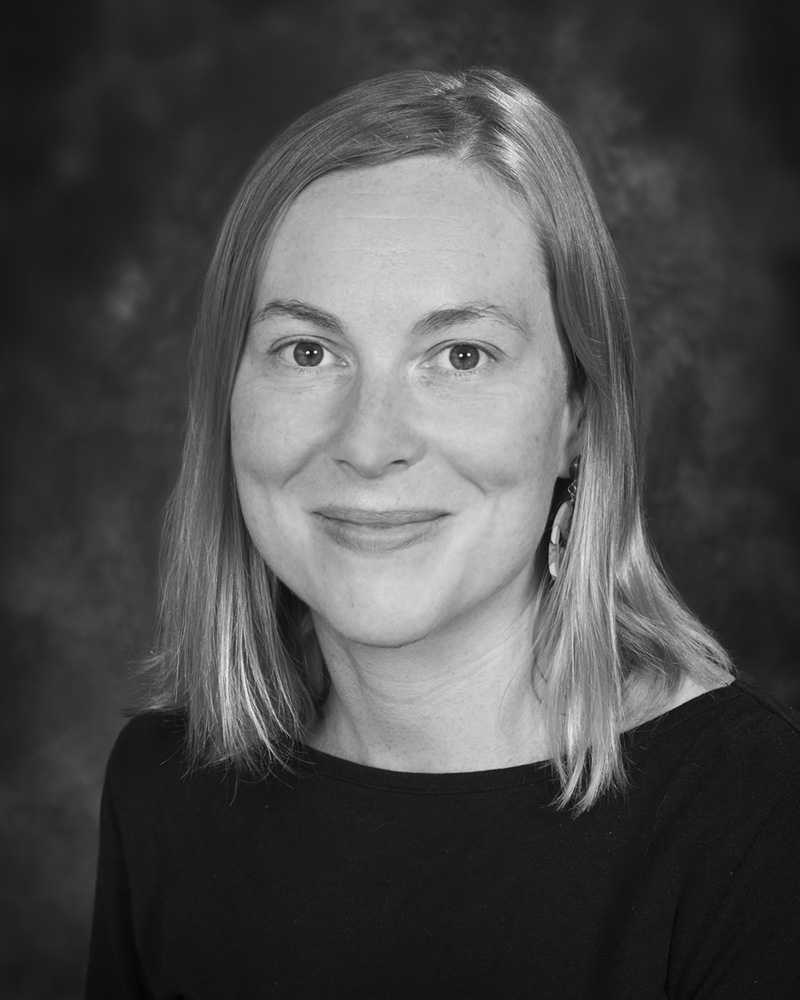 Mieke joined Therapeutic Guidelines in 2018. She has worked as a pharmacist in Solomon Islands and Fiji and has a Master of Global Health from Karolinska Institutet, Sweden. Mieke has also worked as a hospital and community pharmacist and in research and education roles in Australia. Outside of work she enjoys exploring the outdoors wherever she is living.